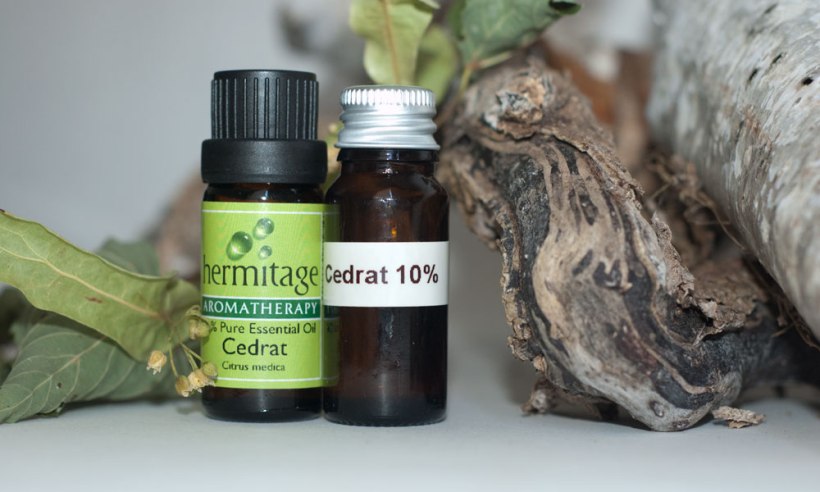 Interesting bits: I found out that Cedrat “was one of the first citrus fruits to appear in the Mediterranean Basin” (Wikipedia). But beyond that, well, the real interesting bit is that I can find next to nothing on this essential oil!  I can’t even find much mention of perfumers use of it, outside of a finished product that is, which is really odd. This is good news though, it just means that as a nose in training I have to rely on my own judgment. Period.

My nose:  First impressions off the strip is thin, almost minty?!  I’m really getting more lime from this than anything else, citrus yes, but much lime, and the whole thing is very faint. After 30mins it’s just a ghost of the original impression, a very thin lime note.  After 1hr the note is barely a veil, hardly noticeable. 2hrs later there is still a trace but it’s very weak, but the pace of the fading seems to have slowed down.  After 7 hrs what little remains reminds me of Citronella.

Musings on composition:  this is a light-hearted, fresh material for spring and summer formulas; I’m feeling drawn to add it to my cologne experiments but definitely with a supporting actor like Cedrat Coeur or something.