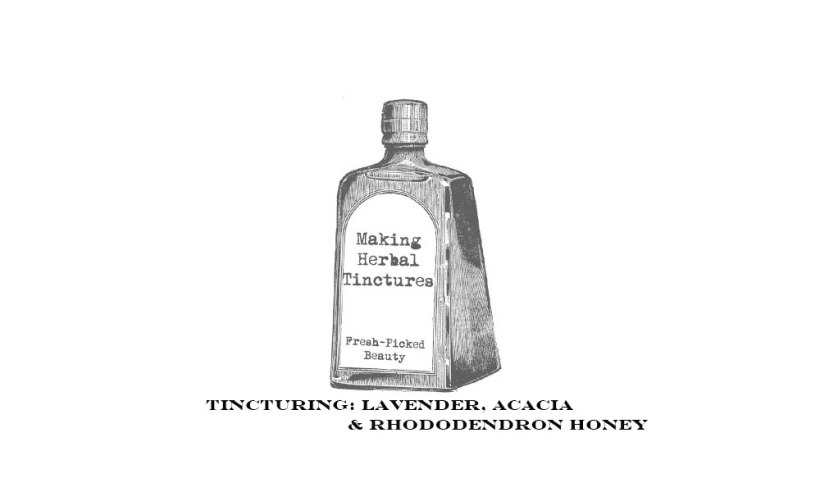 Last month I finally got to tincturing a packet of Lavender from Provence that was given to me as a gift but somehow managed to remain sitting on the shelf for some time. I’m run out of100ml bottles and need to reorder more so I’ll just have to divvy up the lot into two bottles for now. I added 100ml of alcohol to 15gr of Lavender at first but when it soaked it up immediately I had to add another 50ml.

Not sure if you can tell but it’s a sort of dark green colour and right away the essence springs to life almost leaping out of the bottle right at me. Putting the lid back on it felt like coaxing a genie back into the bottle. Wow! Now, almost three weeks later I think it’s time to filter it, probably next week, because I am beginning to smell a twiggy, bark-like aspect that I’m not to crazy about.  A full Note Evaluation will follow when I filter and get some time.

Then just before leaving for vacation in September we stopped off at Il Saraceno, a really cool specialty food store run by Paolo Sala and his family, a good friend of LV’s, and I found some little jars of all sorts of honey! From Lavender to Rhododendron to Robinia (Acacia) honey and lots more in between. I chose Rhododendron because this plant intrigues me. It reminds me of Boronia probably because they both grow well at high altitudes in mountainous areas but I can’t confirm what either smell like as I have neither of them to confront. From the moment I poured the 50ml of alcohol in the tiny 15gr of honey it was as if the honey was shocked, frozen into place, rigidly refusing to blend or let go its bounty! I shook the dickens out of it and almost burned by olfactory hairs recklessly sniffing. Okay, you’re not ready, I thought, but I’ll be back to you again…fast forward to yesterday when I set it in a Bain-marie on the stove on low on the smallest burner. Aha! Some success as it slowly began to release it’s aroma as I stirred and stirred with a wooden stir stick…warm, creamy, sweet, you can almost see the bees teaming around this bush in the summer!  It’s not as in-your-face as the Mille Fiore honey which is very down to earth and unpretentious, but it’s more gentle.  The colour is a very pale yellow and even after the hot water submersion it still didn’t give it all up and leaves this waxy residue clinging to the sides of the jar just as the plant does on the sides of the Alpes. Yep, it’s probably wax now that I think about of honeycombs and wax candles. Duh!

You’d think there’s no real olfactive difference between various honeys but there are! Where the Rhododendron honey is sweet in character and you definitely get the impression of “honey” the Robinia or Acacia honey, from the Robinia tree is soft, round and much more subtle. 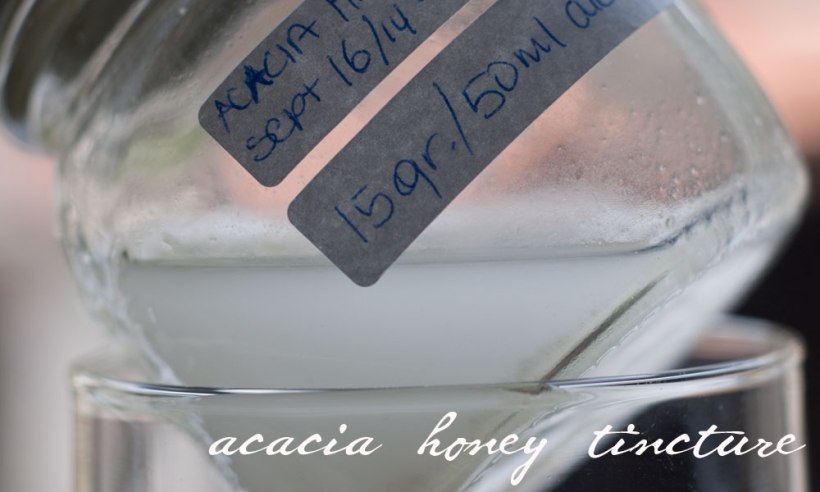 Even the clarity of the bottle suggests as much and this is after the Bain-marie. It, too, has a waxy sediment that is just not dissolving with gentle heat either. I didn’t want to over do it for fear of destroying any of the olfactive properties so I think I’m just going to let these two mature for at least six months. It’s usually between 18°C-20°C in here throughout the year (brrr, I know) so it’ll take some time at these temperatures.

I’m inspired to create a series of honey tinctures because it’s a raw material that is really plentiful here, there’s a wide, interesting variety and my hunch is it’s a very versatile modifier. I’ve tried a few drops in a floral heart accord I’m working on to add grip to the accord and it seems to be doing the job!

Well, that’s it for me for this week. Have yourselves a wonder-filled weekend and see you on Monday!